Academics / Anthropologists / Archivists / Photographers / The Sunday Times
Archive of Memory, launched this month, is made up of voices from across seven decades of independence. In the introduction to the book – edited and curated by Malathi de Alwis and Hasini Haputhanthri, with the accompanying photographs by Sharni Jayawardena – the editors note that the publication is as representative of the diversity of Sri Lanka as they could make it: the stories are recounted by Sinhalese, Tamils, Moors, Malays, Borahs, Burghers and Sri Lankans of mixed parentage; narrators include artists, activists, diplomats, domestic aides, soldiers, sex workers, teachers and tailors. Some are Buddhist, others Christian, Hindu or atheist; some live in the Western Province, while others hail from the North, the Central, the Southern and Eastern provinces. What they all have in common is simply this: they are Sri Lankan.

The 70 stories contained within speak individually and collectively, the memories deeply personal, yet the narratives interlock to create an elaborate tapestry, a history of a nation.

On February 4, 1948, Sri Lanka broke the grip of 500-years of Colonial rule but the decades to come would offer other challenges as this fledgeling country sought to delineate its identity: bloody communal riots, insurgencies, a long war and its painful end, a tsunami that drowned our coastlines brought loss upon loss. We hear stories from these moments: coloured by terror or grief, they are told by people who survived the unimaginable. On these pages too are narratives that capture the beauty and splendour of the Pageant of Lanka in 1948 and the joy of a World Cup victory in 1996. Some storytellers are immediately recognizable names, but most are not and some even choose to be anonymous. There is beauty in how these voices of ordinary Sri Lankans are made extraordinary by the times they lived in.

Each story – whether it spans a day or decade – finds its focus in a single object. There is the micro-light that belonged to the inventor Ray Wijewardene, its propellers gleaming in a shaft of natural light, and the elegant wedding necklace the world’s first female Prime Minister Sirimavo Bandaranaike gifted her daughter Sunethra. Other objects which you might walk by unthinkingly are still deeply poignant to someone: a pair of spectacles on the ground, a single bootie that once belonged to a grandchild, a swing that stood beside a devastated home. 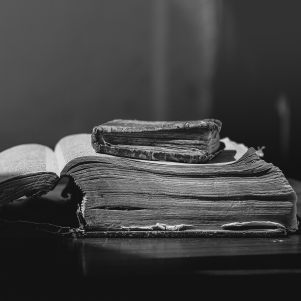 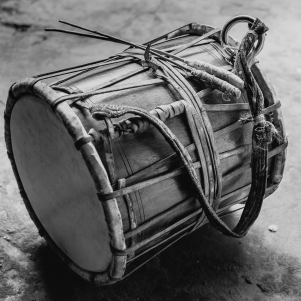 “I have always been interested in creating a collection of stories oriented around objects,” says Malathi, whose research interests include memorialization. In a time where Independence celebrations tend to be marked by a demonstration of military might, she says she and Hasini wanted instead to offer up a people’s history of their country. They found allies in Christopher Feyen and the Memory Culture team at Deutsche Gesellschaftfür Internationale Zusammenarbeit (GIZ) who provided financial and logistical support for the project.

Malathi and Hasini decided very early on that the project would take the form of an archive, which they knew was not a static entity but rather could contain multiple narratives and even counter narratives. The two were interested in complicating the histories taught in our classrooms, choosing voices that provided a front row seat on some of the key events that took place in a particular year. Some moments, like the 1983 riots, are written about from multiple perspectives – and with only 70 stories it means this is not a comprehensive history. “There are innumerable events of great political and historical significance that are not mentioned in the book,” the editors admit freely. However, the two hope to include more stories on a dedicated website that will be launched as a follow-up to this project.

The stories that do make the cut come from across the island: some the authors know, but a great many were strangers, some of whom even reached out to Malathi and Hasini after reading about the project in the Sunday Times. Written submissions came from speakers in all three languages, and the Archive of Memory itself will also be a trilingual publication. Across all three languages, the stories are short, tightly edited, and seldom exceed 350 words. 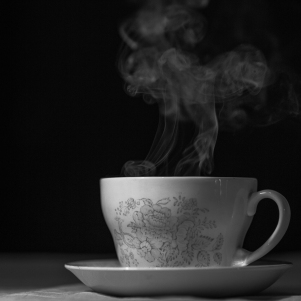 Paired with the text are beautiful black and white photographs taken in a square format by Sharni Jayawardena. Shots are typically close-up, reflecting the detail and nuance in the stories themselves.

Sharni says that she was excited by the challenge the project represented, considering that some had to be recreated based on the story where the original didn’t exist. “I read all the stories, and they were so vivid really,” she says, adding that the images were intended to add to that, providing a kind of solidity, breaking up the text and removing the necessity to explain the object in detail. She found herself fascinated also by what these objects represented to people: “There seemed to be this tension in some stories between wanting to remember and wanting to forget.”

With the launch this month, the team have organised readings from the book, including one in Jaffna where those whose stories were presented came and read aloud to the audience. A few stories will also be on tour (you can find out more about the Archive of Memory and related projects at http://historicaldialogue.lk/) and the team have enjoyed watching people interact with the stories. Malathi thinks such story circles require authenticity and openness and she trusts readers will bring some of that same energy to this book. “Our hope is that people will read these stories with empathy, even if their own are very different.”

Shining through.
Nest.
Night out.
Hard reset.
More than half this year gone already and I don't know where it disappeared. We have so much to be grateful for and so much to mourn, that it feels like a see-saw some days. But here's an up, and a hope that this day brings you something beautiful.
Inside the cheese grater.
Loading Comments...